K5ER and W5WZ operated the LA QSO Party on 12 February 2005 as a LA Rover. The operation used the call W5WZ. We successfully activated 16 parishes in northeast and north-central Louisiana. Our effort was concentrated on 20 and 40 meters; we had a handful of QSOs on 80m and 15m SSB. We did work both SSB and CW. 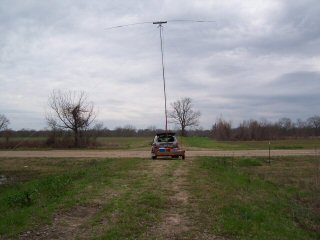 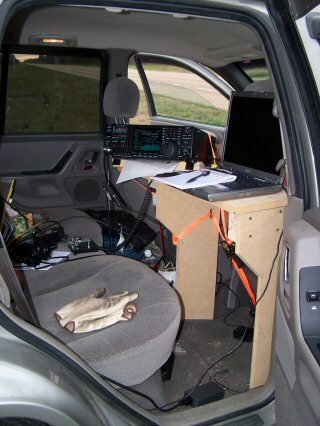 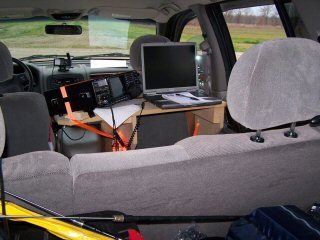 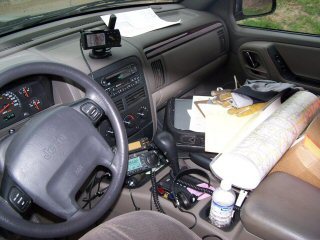 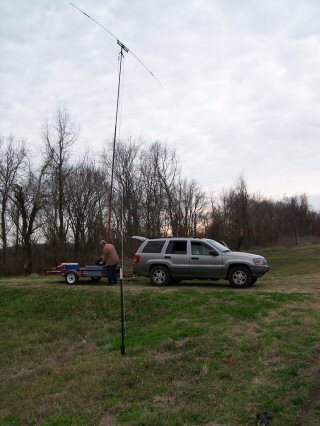 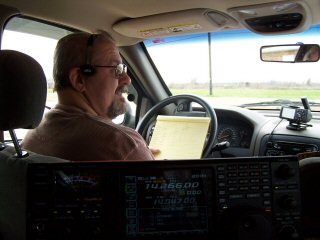 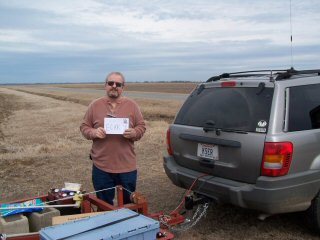 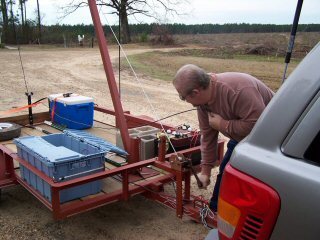 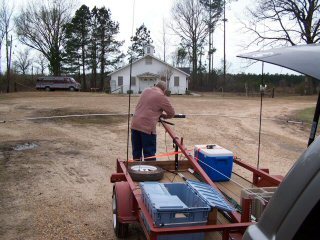 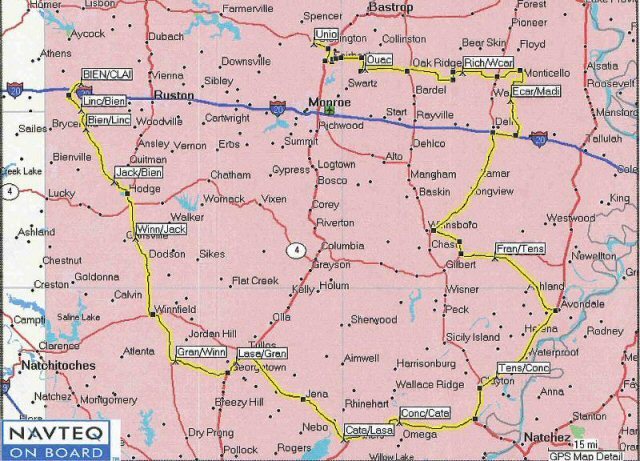 Our 300-mile route took us through some of the most rural areas of northern Louisiana. Near the end of our route, we passed just east of Mt. Driscoll, the highest point in Louisiana. This route took about 6 hours to drive, so we also had 6 hours to loiter along the way. Several parishes had nearly an hour of driving time just to cross, so we operated those on the fly. Others, especially the most rare, we loitered on site for a time.

We used an Icom 756 ProII and 706MkII-G, each with full rig control via NA by K8CC on a couple of laptop computers. Complementing each rig were appropriate Heil headsets, footswitch PTT, and on the 756 CW sending via PC. We initially powered this setup via a pair of Titan RV/golf cart batteries, which were charged from the tow vehicle alternator circuit. A 1000-watt inverter provided the needed AC power to keep the laptop computers running.

Scott’s commentary:
Our preparation and planning seemed to have left nothing to chance. We had tried to think of every conceivable challenge that could occur along the way. The afternoon before the LAQP, we did a “shakedown” – we assembled everything; checked antenna matching for all antennae; checked, double-checked, and cross-checked a loading/to-do list; powered up the 2 laptops; verified that rig control, CW sending, and voice keyer all worked. We were certain that it would be a smooth operation.
We headed to Union parish for the start of the contest. I was in a casual ragchew with a station on 20m SSB on the mobile antenna, while Mark was cranking up the mast to prepare the driven element for fixed operation. At the start, the band noise was S9; I could tell that stations were calling, but just could not dig them out. A local ham called my cell phone to ask me if I could hear the pileup. No, I couldn’t make it out. Just a few minutes later, my laptop for logging, rig control, and CW sending literally died. Out came the notepad and pen; good old-fashioned paper logging. Mark worked on the laptop for a few minutes and got it going again. However, I noticed that the band noise was 2 S-units lower with that laptop turned off; Mark still had another laptop in the front seat.

We loitered at that location in Union parish about 40 minutes, then went mobile thru Ouachita, Morehouse, and into Richland parish. The severe S7 to S8 band noise was still there, and I was getting frustrated. Almost an act of desparation, I switched off the inverter. Instantly the band noise was gone! How did we miss that in the shakedown the day before? At this point, it was paper logging for both of us the remaining 11 hours or so.

Later, we has some crossband interference from one another that appeared during our travels, as did some strong ignition-type pulse noise. Mark’s mobile whip antenna’s match seemed to degrade over the drive. Other than those challenges, Mr. Murphy stayed at arm’s length.

I don’t think anything could have prepared us for the feeling of having dozens of the same stations following our progress throughout the day. It was unlike anything I’d ever experienced in ham radio before. A few of them, especially N4PN, K4MUT, and K7INA, seemed like guardians for our trip. They were always there, and called us by name to check on our progress.

I enjoy high QSO rate contests-the faster, the better. The average rate in the LAQP was 33/hr – but I REALLY, REALLY had a great time. The work in preparation was worth it! The somewhat cramped operation position didn’t hinder anything. I don’t think it will be hard to convince Mark that we are going rover again next year!

The only question is: Where to this time?